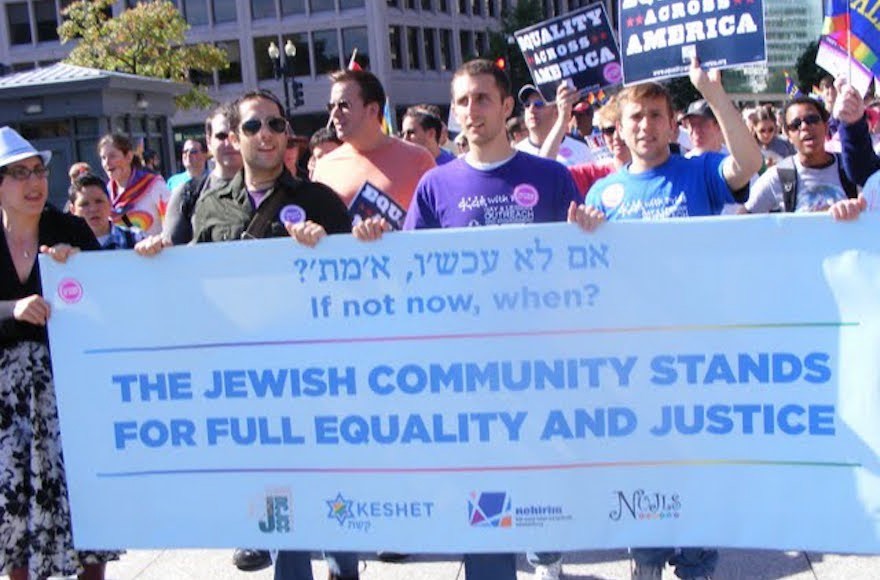 BOSTON (JTA) — In the wake of the Orlando shooting, statements of solidarity with the LGBTQ community quickly tumbled forth. Some expressions of support came from unlikely sources such as the Orthodox Union and the Catholic Church. But what does a statement of solidarity mean in response to a crisis when it is not expressed in ordinary times?

Surely there were LGBTQ Catholics, evangelicals, Orthodox Jews and Muslims who were moved to hear their faith community leaders condemn the attack. For many of these faith leaders, it may have felt momentous and bold, risky even, to express empathy with the LGBTQ community.

I appreciate the progress represented by these expressions of support, but as a lesbian, I do not actually feel supported by them. The Orthodox Union issued a statement saying “it is clear that those people who were murdered … were targeted because of their identification with the LGBT community. … No American should be assailed due to his or her personal identity.” Yet this same group lobbied against marriage equality and supports religious exemption laws that would allow businesses to discriminate against LGBTQ people.

An assurance of solidarity must move beyond compassion for loss of life to affirming the dignity of those who are alive. Without the resolve to support cultural change and policy reform, expressions of solidarity may provide immediate solace but, ultimately, they leave LGBTQ people standing alone.

In the aftermath of Orlando, this is especially true for LGBTQ Jews of color, particularly Latin queer Jews. I’ve noticed that most of the Jewish media’s coverage about the Orlando shooting has not acknowledged the experience of Latin LGBTQ Jews who may see themselves in the victims more acutely than Jews of other backgrounds. This erasure adds to their pain and sense of isolation in the wake of this tragedy. True solidarity means honoring the diversity of our community both in the media and in our communal discourse.

Solidarity also means reflective accountability. It means asking questions: What enables such hatred to flourish? How have I been a bystander in a culture of bigotry? How have I been complicit in a legal system that perpetuates second-class status for LGBTQ people? Abraham Joshua Heschel famously wrote, “In a free society where terrible wrongs exist, few are guilty, but all are responsible.” The challenge of Heschel’s observation is that words alone are not enough to right the wrongs all around us. Responsibility requires both words and action — not only in the aftermath of a crisis but all the time. 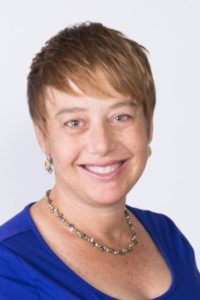 Unfortunately, after horrific acts motivated by ideology or committed in the name of religion, religious communities are often quick to disassociate from the perpetrator. When Yishai Schlissel, a haredi Orthodox ex-convict, stabbed six marchers at the Jerusalem Pride Parade last summer — murdering 16-year-old Shira Banki — Jewish community leaders, including many Orthodox voices, did not hesitate to condemn the attack. Yet many of these leaders asserted that Schlissel’s views do not represent Judaism or Torah. I disagree. As a committed Jew, I acknowledge with sadness that Schlissel’s views do represent certain aspects of our religious tradition. We have critical work to do to challenge these currents of bigotry rather than disregard them.

As a queer Jew, the solidarity I seek from other Jews is not simply ignoring the passages of Torah that are used to discriminate against LGBTQ people. I seek recognition that homophobia and transphobia actively exist in our modern Jewish community and are perversions within our interpretive tradition. I seek the acknowledgment that religion is too often used to justify discrimination against LGBTQ people. By acknowledging this painful reality, we have the opportunity to condemn the ugliness in our tradition and still hold up all that is beautiful.

As part of my work at Keshet, a national organization working for LGBTQ equality and inclusion in Jewish life, my colleagues and I host a series of Shabbatonim for LGBTQ and ally teens. Each time we host a Shabbaton, I am struck by how many of the teens share that they’ve never before felt so validated, seen and free.

“At the Shabbaton, I finally felt like there was no part of myself I needed to hide, and I was able to embrace myself in its entirety,” a gay teen recently wrote to me.

Nearly all the teens who participate in our Shabbatonim are part of Jewish communities that would describe themselves as inclusive. Most of them have very supportive parents. They attend high schools with gay-straight alliances. So how is it that kids who have so much support in their lives still feel so alone in the world as queer Jewish teens? Our leaders are clearly falling short. The sign posts for inclusion must be more visible. The language of support must be audible all year round, not only during Pride month or after a tragedy.

It shouldn’t take a crisis like the Orlando shooting to catalyze religious leaders’ support for LGBTQ people. In the coming weeks and months, I hope to see people in faith communities — and political leaders of many religious backgrounds — take a bold step toward equality for LGBTQ people beyond attending a vigil or producing a statement.

Just as we are hearing a growing chorus of voices reject the “thoughts and prayers” of politicians and demand action for gun reform, I call on all who offer solidarity with the LGBTQ community to continue to stand with us as we move forward. Solidarity must outlast our mourning.

(Idit Klein is the executive director of Keshet.)