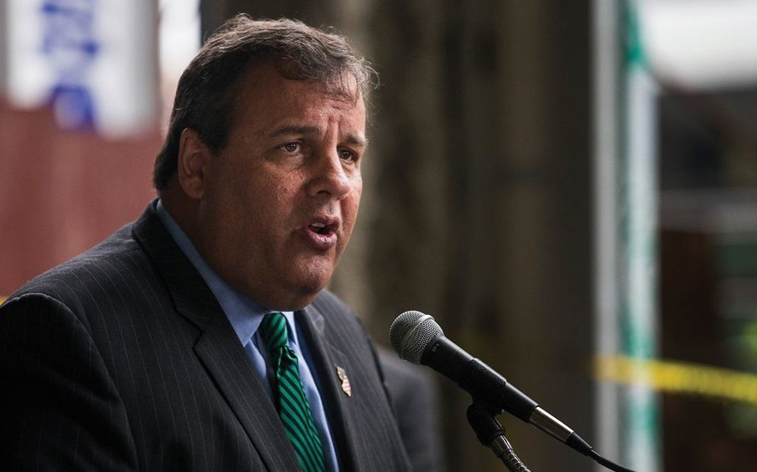 Some, like the fervently Orthodox Agudath Israel of America, criticized the governor’s action on religious freedom grounds, and JONAH (Jews Offering New Alternatives for Healing), a New Jersey-based organization that endorses reparative therapy, said Christie’s action was a strike against personal freedom.

On the other hand, Keshet and A Wider Bridge, Jewish LGBT groups, praised Christie for preventing psychological harm against people enrolled in reparative therapy.

The bill he signed bars licensed therapist from providing treatment that is designed to help homosexual teens become heterosexual.

The bill’s signing follows the lawsuit brought last year by the Southern Poverty Law Center against JONAH that charged that JONAH, which has promised to help individuals change their same-sex attraction, violated the state’s Consumer Fraud Act by failing to make good on such promises.

The SPLC declined to comment on the New Jersey legislation.

“The legislation was based on misrepresented testimony” of a young woman who claimed to have had traumatic experiences at a “so-called conversion therapy camp” under Christian auspices in 1997, Goldberg said. Her testimony “turned out to be a total fabrication.”

Minors should have the “choice” to enter a regimen of reparative therapy, he said. “Diversity and tolerance are a two- way street,” Goldberg said, adding that “those who want to be gay should have the same choice. This is not coercive.”

In a statement, Agudah said the New Jersey law “tramples on the rights of mental health therapists to freely engage in their profession, and it unfairly denies teenagers seeking therapy for issues that are troubling them the ability to obtain professional help.”

“Under the new law, therapists, social workers or counselors who work with minors on those issues risk losing their licenses to practice their professions, and minors who sincerely want to obtain professional help have nowhere to turn,” the Agudah statement said.

Bonnie Rosenbaum, director of communications at Keshet, a national grass-roots organization that “works for the full inclusion and equality of lesbian, gay, bisexual, and transgender Jews in Jewish life,” said the group is “thrilled that Gov. Christie signed the bill banning so-called ‘reparative therapy’ and hope other states follow suit.”

“A similar bill is making its way through the legislature in Massachusetts, and from initial conversations we’ve had, it looks like the bill will have strong support from the Jewish community,” Rosenbaum said, calling “’Reparative therapy’ … a destructive, degrading, and false practice that has harmed many in our community. I think we are going to see the end of these pseudoscientific and damaging programs in the very near future.”

Said Jayson Littman, New York director for A Wider Bridge, in an e-mail interview: “The governor’s action is an appropriate response to what many mental health professionals and LGBT leaders have been proclaiming for years. It’s also a positive shift when we see Republican members of our political cabinet making decisions based on what’s right rather than motivation for political means.” Littman’s group, based in San Francisco, “seeks to inspire lesbian, gay, bisexual and transgender (LGBT) Jews to deepen their Jewish identity through connection with Israel,” according to its website.

“Gov. Christie is highly respected in the more religious Jewish community, who have members that support reparative therapy. In signing this bill, he will impact the thoughts of many of his followers who highly regard him and his beliefs.”

Christie, a popular first-term executive who reportedly may run for president in 2016, had earlier said that while he did believe in gay conversion therapy, another name for reparative therapy, he did not indicate if he would sign the bill passed with bipartisan support by the state legislature. A moderate Republican, he decided to sign the legislation, he said, because the American Psychological Association has declared reparative therapy ineffective, and harmful to children’s mental health.

California is the only state that has attempted to ban conversion therapy for patients of all ages; a U.S. appeals court blocked the ban, which was to take effect on Jan. 1, 2013.

Rabbi Steven Greenberg, a faculty member at Clal- the National Jewish Center for Learning and Leadership and the first openly gay Orthodox rabbi in the United States, said Christie “is acting responsibly to prevent what is nearly always a form of psychological abuse.” But the New Jersey legislation “is destined to have other far-reaching implications, especially in religious communities,” Rabbi Greenberg told The Jewish Week in an e-mail interview. “The governor’s legislation will save many young people from abusive therapy.”

Christie’s action may spur acceptance of gays in the country’s religious circles, the rabbi said. “As religious communities begin to contemplate its import, it will lead many away from an illness and toward an acceptance of the human truths before us and help us all to embrace more fully God’s creative diversity.”

“This was made very clear by the recent [Orthodox] Rabbinical Council of America decision to remove from its website a set of recommendations that included reparative therapy,” the rabbi said, quoting Rabbi Yosef Kanefsky, an Orthodox rabbi in Los Angeles who said “we have decided that homosexuals should not any longer have to pay the psychological, emotional and even physical price for our theological comfort.”