At first Sheila Katz thought it was some kind of mistake. This year was her first time attending the Conference of Presidents of Major Jewish Organizations as CEO of the National Council of Jewish Women and she looked forward to attending a session on anti-Semitism. Then she saw the poster of the panelists and her enthusiasm deflated; each and every single participant was a man.

Exasperated, Katz turned to Twitter and Facebook to call out the lack of gender diversity. It was time to bring the conversation about representation and equity public, she said of that July day. It was time to dismantle the “manel.”

“Especially in this #MeToo moment, there is no excuse for Jewish institutions to create public spaces that only represent men,” Katz told The Times of Israel, adding that until now in her career she has always approached individuals privately with her concerns. “Right now the most effective approach is for people in power to call out those practices and the people who choose to engage in them. These are public forums that warrant public dialogue.”

Soon after her posts Katz found herself working on an article with 10 other Jewish women. Together they co-authored a piece “The Week All Jewish Women Turned Invisible,” and published it on eJewish Philanthropy. 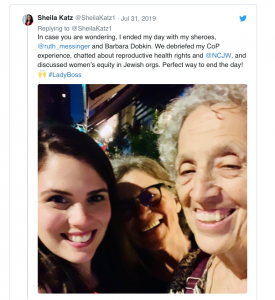 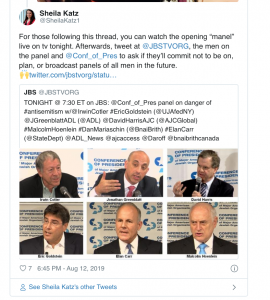 Since its August publication, the post has garnered over 550 signatories from both women and men. But the article is more than a call to action, several of Katz’s co-authors told The Times of Israel. It offers concrete steps — 13 of them, to be exact — for allies of women and non-binary people to take action in the Jewish community and beyond.

Idit Klein, president and CEO of Keshet, who described the authorship as “deeply collaborative,” said the article sends “a strong message that women and non-binary people in our community must lead together, and that we will not settle for being an afterthought.” 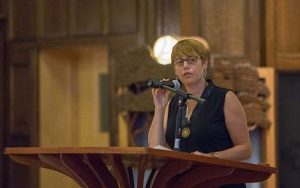 Sitting in Great Northern Food Hall of Grand Central Terminal, Katz spoke about the need for greater representation of American Jewish women and non-binary people in Jewish communal life. There is a reason why women’s organizations are the ones pushing for across the board inclusion and equality, she said.

“Women have more rights today than we ever could have imagined, but those rights are now under constant attack across the country. There is something really powerful about being change makers together, and I think women today feel that very acutely,” Katz said, barely pausing to sip her iced tea.

And yet, these women are often missing from panels on everything from Middle East peace to anti-Semitism, said Haile Soifer, executive director of the Jewish Democratic Council of America.

“If they can’t find one woman, then they are doing something wrong. My point here is there are plenty of women to speak on the issues, and not just women’s issues. This is incumbent on journalists, community leaders,” Soifer said. 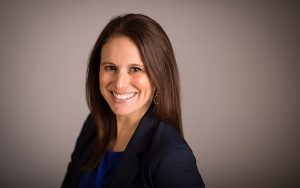 “These women collectively had produced hundreds of works of literature and journalism; crafted educational curricula; led social justice movements; spoken out for equality, safety and inclusion; dismantled hierarchies and woven networks; fundraised and overseen budgets of millions, managed hundreds of employees, forged their own organizations and contributed mightily to the organizations that fuel contemporary Jewish communal life,” states the eJewish Philanthropy article. 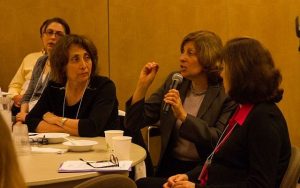 As such, work must be done to educate hiring committees about implicit gender bias, the article says, including using a gender-balanced list of names when making recommendations for job positions. Women should also be considered for organizational lay leadership roles, and salary ranges on job descriptions need to be listed so women get fair pay, it says.

Shifra Bronznick, founder of Advancing Women Professionals and the Jewish Community, recently launched the Men as Allies program. To date, over 50 allies have pledged not to convene or appear on all male panels.

If invited to participate on a panel, allies are encouraged to ask if the panelist has to be a male CEO of a legacy organization or a senior male rabbi of a 5,000-person congregation. They are urged to suggest that the conference conveners consider inviting a CEO of a new start-up, or perhaps a younger, investigative journalist.

“While I personally would love to see more women helming Jewish nonprofit organizations; I would also like to see the ‘boys’ club’ style camaraderie of men in the Jewish communal space shift to include women in a space that feels safe. This means no more important meetings in hot tubs or over a humidor at a men’s club night,” said Esther Kustanowitz, a writer, editor and consultant.

Of course getting to the heart of gender bias has challenges. 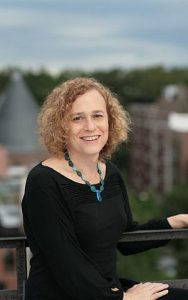 Misogyny and sexism is not only deeply ingrained in our culture — many women have internalized it, said Joy Ladin, the David and Ruth Gottesman Professor of English at Stern College.

That means while men should work to make gender-balanced panels and get expert opinions from women as well as men, women and non-binary people must make the effort, as well.

As a queer Jewish leader, Klein said she’s personally experienced both sexism within the LGBTQ community as well as homophobia, transphobia, and sexism in the Jewish community and beyond.

“If we want to ensure that more women and LGBTQ people are equitably represented in Jewish leadership and Jewish communal spaces, we need to understand how sexism and anti-LGBTQ biases are interconnected,” she said.

She suggested the 13 steps detailed in the article be posted on the walls of synagogues, schools, and Jewish organizations.

Recognizing there is no “quick fix” to achieving gender equity in the Jewish community and beyond, NCJW’s Katz said she was pleased to see the how the article has become a starting point for conversation and that readers recognize the aim is to add seats to the table, not take anyone’s away.

“The goal is to create change; it is not to shame anyone,” she said.