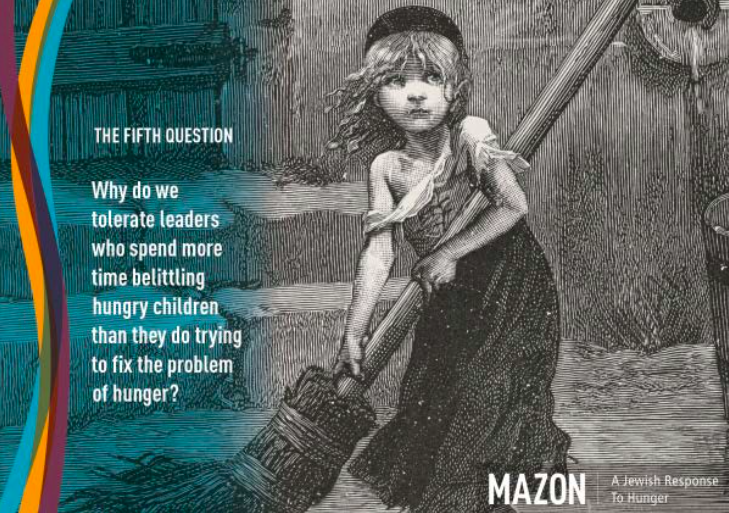 “Turn and turn it, for everything is within it,” is a Talmudic saying that is ever-true about the annual crop of social justice-themed haggadot, supplements, and inserts for your Pesach seder. (See our picks from 2014 too.) This year’s newcomers include JFREJ’s #BlackLivesMatter haggadah, one for a socially responsible cocoa, Bend the Arc’s 50th anniversary of Selma, and another about the Palestinian Nakba. Our returning mentions include Mazon’s hunger haggadah, Jews United for Justice’s labor seder, the Foundation for the Righteous’ tribute to righteous gentiles, and Keshet’s gay rights supplement.

Did we miss one? Tell us in the comments or tweet us at @jewschool_com. 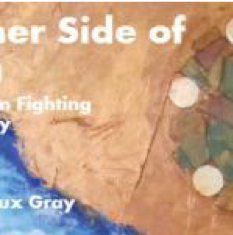 One of the most beautiful completely new and full-length haggadot this year is Truah’s The Other Side of the Sea: Fighting Modern Day Slavery, featuring art and writings by former victims of human trafficking. Read Rabbi Lev Meirowitz Nelson’s personal account of how it came to be. 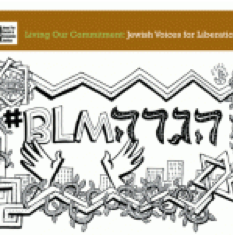 This #BlackLivesMatter haggadah by Jews for Racial and Economic Justice (JFREJ) gives a sobering, deep, and serious look at whether we actually do takeAfrican American lives seriously. This nearly full-length haggadah is written by field organizers, activists, and mixed-race Jews that gives poignancy to the “tears of oppression” and this haunting twist on Dayeinu: “If we had protested police use of tear gas, rubber bullets, pepper spray and rifles pointed at protesters and forgotten that we are all created in G-d’s image — Lo Dayenu!” 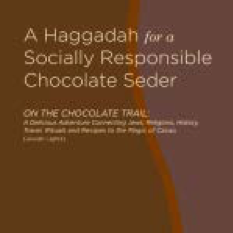 A Haggadah for a Socially Responsible Chocolate Seder is all about slave labor in the cocoa industry, published by Jewish Lights as a supplement to Rabbi Deborah Prinz’s book On the Chocolate Trail. This is both sweet and bitter – a funny homage to chocolate in Jewish culture and a serious reflection on present-day slavery in Africa. 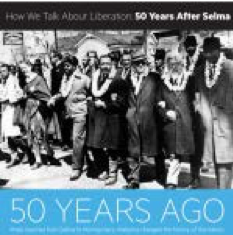 [Edit: JUFJ is a glutton for punishment and produced not one but two complete hagaddot. Here’s   Solidarity, their second full-length haggadah on #BlackLivesMatter.] 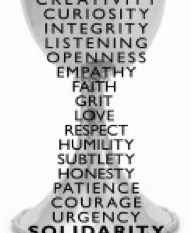 Jews United for Justice’s From the Nile to Curtis Bay: No Community is Disposable full-length haggadah is about environmental justice and a fight for theenvironmental safety of the poor Baltimore neighborhood of Curtis Bay. Even if you’re not in Maryland, it offers worthy environmental reflections embedded in the classic story and songs. 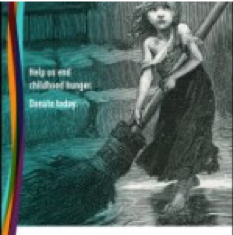 Last year’s haggadah by Mazon and JCPA was dedicated to elder hunger, but this year’s is A Haggadah Dedicated to Awareness and Activism around Childhood Hunger and Nutrition, a full-length haggadah complete with infographics handouts, four questions about child hunger, and an activist’s Dayenu. 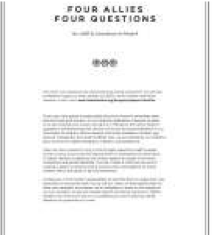 Keshet’s Four Allies, Four Questions one-page insert explores the powerful role of allies in LGBTQ liberation. This adaptation of the Four Questions lays out four ways that allies can be vocal supports of equality. And don’t forget to look at Keshet’s extensive guide to queering your seder. 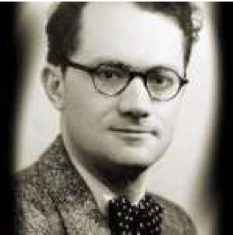 Each year, the Jewish Foundation for the Righteous’ seder supplement honors another person who helped Jews escape the Holocaust. This year’s tells the story of Varian Fry, an American journalist, who in June 1940, volunteered to live in Vichy France. He’s responsible for saving the lives of Marc Chagall, Jacques Heinrich Mann, and Hannah Arendt, among many others. 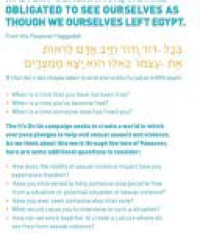 How Do We Free One Another? is Hillel’s Ask Big Questions supplement about sexual assault and violence on college campuses, produced as part of the White House’s “It’s On Us” campaign. “How does the reality of sexual violence impact how you experience freedom?” For those 1 in 3 women who’ve experienced sexual assaults, there is no freedom yet. 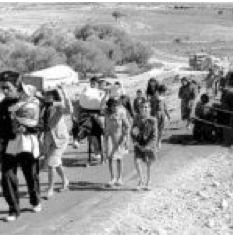 And there’s Expanding the Telling: A New Passover Seder Supplement by Rabbi Brant Rosen about the Nakba, the Palestinian experience of the 1948 war. Four excerpts by Palestinian writers of their family memories help us understand how Palestinians see Israel and this event. Perhaps doing so could enable us to bridge the narrative divide.

Americans for Peace Now offers an Israeli-Palestinian conflict reflection by Rabbi Toba Spitzer to be read before the Ten Plagues.

And just to prove that any square peg can be forced into the round hole of seder supplements,

both the Reform and Hatikvah slates for the World Zionist Congress offer campaign ads poorlydisguised as seder reflections.

Rabbi Arthur Waskow’s original 1969 Freedom Seder is arguably one of the first liberation- themed haggadot, held with 800 African Americans and Jews on the first anniversary of Martin Luther King, Jr.’s death. It takes (and is given) credit for setting in motion a new blend of 1970’s fusion between Judaism and social action.

Esther Broner’s The Women’s Haggadah was “an underground classic” from the 1970s and reputed to be the first published feminist seder. Rabbi Rachel Barenblatt reviewed it saying, “it can serve as a great set of guidelines for those interested in creating their own feminist seder, or simply in understanding a different perspective.” Still powerful, nearly 40+ years later.

New Jewish Agenda published three Freedom Seders in 1984: The Rainbow Seder on the environment and nuclear disarmament; the Seder of the Children of Abraham on Israeli- Palestinian peace; and the Haggadah of Liberation on feminism. Hard to track down in full, but due to the number of citations in other haggadot, it made a lasting impact on the Baby Boomers’ generation.

And some notable others